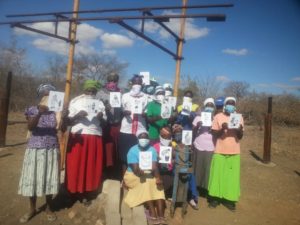 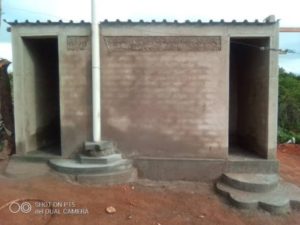 The ZIRP project commenced with the village having a sanitation coverage of 52 % (22 functioning latrines). Two community health clubs (Pepukai A and Pepukai B) with the support from SAG group in the village have managed to improve the sanitation coverage in village with 15 self supplied  latrines being recorded as completed, giving a total of 88% sanitation coverage in the village which is a huge success. Some of the households that still don’t have toilets are promising to start the construction of their Household Latrines with motivation coming from their neighbours and the health clubs. The Chinoona family in Manyemba village is one good example where by the engaged in a poultry project to fundraise for the construction of their latrine and pot racks.