A Quick History: Giving Credit Where it is Due 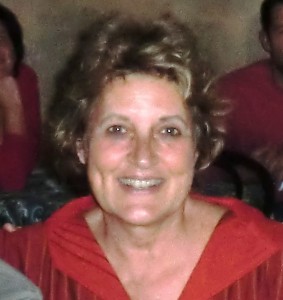 This year we are celebrating 20 years since 1994 we first tried out my original concept of  a ‘Community Health Club’ to galvanise women into taking action to improve their own health and hygiene in their homes. I would like to pay a tribute to all those in Zimbabwe who have given their time and energy that has led to the Community Health Club approach being  adopted nationally in Zimbabwe but is now being replicated in many other countries in Africa.  A review of ‘20 years of Community Health Clubs’ is being published this year to mark the event.

Permit me to reminisce on those early days,  when as young development practitioners, Anthony (my husband) and I were feeling our way in  water and sanitation projects to incorporate an element of hygiene promotion.  As a young woman  working in the villages I had a gut feeling that a kind of sociable ‘club’ would appeal to  rural and largely semi-literate women struggling to ensure their family not only survived  but prospered.  I also related to the need for mothers to have a sense of achievement in their daily activities, so that we mothers can excel at what we spend most of our life doing, caring for our children. From my work  with women’s groups in Kenyan villages with WaterAid and KWAHO, I saw that mothers  do not always understand why children get sick nor realise how much can be done to prevent so many diseases at little cost and with no reference to anyone else.

When I returned to the country of Zimbabwe where I was brought up  in 1991, I was determined to put these ideas into practice and approached the  Ministry of Health  to see if they were interested. They had support from WHO to develop a participatory training kit and so, setting up my Studio AHEAD consultancy for the development of appropriate training materials, I created what were to become the core of the training material  which was to be used throughout Zimbabwe. PHAST training, was in 1993  considered the most effective way to ensure ’participatory hygiene and sanitation transformation’ of knowledge and good practice. However I was sceptical that PHAST was comprehensive enough to really address all the aspects of public health and I expanded the training to include all preventable disease, such as malaria, bilharzia, skin disease and worms—all of which can affect the development and survival of children.

In 1994, Unicef funded me to try out the first trial of a few Community Health Clubs in Makoni  District and Caleb Mwaramba was the first EHT in Zimbabwe to test the method. The response he received was overwhelming, and women in their hundreds flocked to clubs  in Ruwombe. We thought it was the personal charisma of a trainer, then we found the same huge community response when we tried out the same CHC recipe in three other wards in Makoni District.  Morgan Haiza, Evos Makoni and Silas Gwengwe had the same overwhelming response. Some cynics thought it was because the graduating members got T shirts as a reward, but even when we did away with all rewards and subsidies, the people still joined health clubs in droves, and many sceptics  could not believe we could attract over 100 people each week for six months of sessions. On the strength of this success we attracted funding from DFID, Danida and Oak Foundation to scale up the approach and in 1999, Anthony and myself founded Zimbabwe AHEAD Organisation, dedicated to replication of the CHC Approach. George Nhunhama, Head of the NCU at the time,  was our first Chairman and has continued ever since as our founding Trustee, acting as Director in my many absences from Zimbabwe since 2000.

Between 1999 and 2001, we demonstrated the cost effectiveness of what CHCs could do, and set a new benchmark for achieving behaviour change which is often used in the literature, (Waterkeyn & Cairncross, 2005)  achieving an average of 47% change in a range of behaviours including total sanitation coverage. We had 400 CHCs in three districts by 2001 (32 in Tsholotosho, 85 in Gutu and 285 in Makoni in 20 wards).  Sadly, at this point external funding dried up and this promising start was derailed for the next 6 years while Zimbabwe nosedived into an economic nightmare. However, the CHC model had shown the way, and with my own PhD research, publishing a peer reviewed paper with Prof Sandy Cairncross, Head of the Department at the London School of Hygiene and Tropical Medicine promoted the findings in Zimbabwe and was starting to be recognised internationally.

In Zimbabwe we were only able to keep the process alive  thanks to the dedication of Josephine Mutandiro and Andrew Muringanisa who carried the torch through the dark times, often voluntarily giving their time and energy until we began  to get funding again in 2007.

With support from New Zealand High Commission and FAO, we ran livelihood programmes which enabled CHCs to start nutrition gardens, keep bees and cultivate and use herbs.

Makoni had 1,000 communal nutrition gardens, 4,000 individual gardens and 5,000 bee keepers and in the height of recession we helped the 10 CHCs build a training centre near Rusape where ZA was based.  The fact that cholera largely passed by this district was attributed by the PEHO to the density and strength of the many CHCs.

When Anthony Waterkeyn took over from me  as Director in 2008 he secured funding from Mercy Corps and moved Zim AHEAD back to Harare. By partnering with other International NGOs  such as OXFAM we managed to keep our organisation alive. However, the next few years saw mainly emergency funding which allowed for little capacity building of the organisation.

With British Lottery Funding / EU funding through Mercy Corps, Zim AHEAD started 126 CHCs in Manicaland, with 10,706 members, in Chipinge, Chiredezi and Buhera. Throughout this time we kept monitoring the results and  accumulated increasing evidence not only of the cost-effectiveness of the approach but also that it could be used in an emergency context to combat cholera, and in urban areas to support municipality and tackle the ever increase public health threat of lack of safe water, sanitation and disposal of solid waste in Zimbabwe’s towns.  Our CHCs cleaned up Chiredzi Town in 2010, Masvingo Town 2011,  Mutare in 2012, and Chipinge urban and Bindura in 2013. ‘Seeing is believing’ and more and more NGOs were beginning to adopt our style of community mobilisation.

In 2012, DFID’s Protracted Relief Programme (PRPII) commissioned Zim AHEAD to train 22 local and international NGOs in the country. This training enabled the CHC process to spread, although there were some challenges. There was no follow up so the outcomes  were unrecorded and we still do not know exactly the numbers who benefited from the many CHCs which were started by other NGOs. Apart from Zim AHEAD records, there is little institutional memory of  the extent and location of these organised communities.  Opportunities to use organised communities have been wasted and the numerous NGOs are operating  in isolation from the Ministry of Health and therefore cannot not hope to scale up effectively despite  the strength of the CHC training.  We are still battling to grow the organisation to match the strength of our ideas, but at last we have done two large programme that were worthy of the scale that can be achieved with CHCs. In 2011– 2012, Action Contra la Faim (ACF) had the vision to try for a blanket coverage of CHC members in 10 wards in Gutu and Mberengwa. The results were the highest ever achieved by the CHC Model. In one year  alone, 83.5% of the households  in 457 CHCs had been formed in 427 villages with 17,578 members and 73,827 beneficiaries. Unsubsidized VIP Latrine construction increased by 24% with 90% compliance of 11 recommended hygiene practices.

The following year  (2013), whilst ACF provided subsidies for  the vulnerable households without latrines, Zim AHEAD went on to start 52 School Health Clubs in the same area, so as to ensure generations to come will maintain the standards their parents now practice. After three years trying to meet compliance stands for direct funding, USAID finally  funded Zim AHEAD directly to carry out a one year Cholera Mitigation program which reached 470 villages in Chimanimani, Chipinge and  Mutare. In one year, therefore, our organisation was coordinating approximately 1,000 Community Health Clubs with a total of only 30 dedicated staff. This must be a world record!

The original vision of cost-effective sustainable development lives on under the invaluable leadership of Regis Matimati, who has been standing in as Acting Director and building up the visibility of the organisation with his strong advocacy skills. He is suitably supported by Programme Manager, Andrew Muringaniza (the longest serving employee with Zim AHEAD for 15 years) who heads the field team.  I attribute our success in the past few years to Andrew’s ability to make things work in the field. He wins ‘Worker of the Year 2013’ for his quiet organisation and infinite patience in the field, achieving all targets despite the hurdles of the past year.  As I prepare to stand down as Executive Director, I plan to hand over to Regis Matimati, and would like to thank all my staff, past and present for the enormous contribution they have made to demonstrating the CHC model of development in the field. We all share the same vision which I entrust to the next generation of Zim AHEAD staff to work with Government towards promoting a ‘Culture of Health’ in Zimbabwe.

Together we have started over 2000 CHCs in Zimbabwe, and improved the lives of well over one million people in 20 years through our small NGO.