Building trust between council and residents of Bindura Town

Acute outbreaks of cholera and typhoid linked to poor water and sanitation in urban areas of Zimbabwe claimed more than 4,000 lives between 2008-2009, one of the worst outbreaks seen in Africa to-date. In order to mitigate these life-threatening diseases, DFID launched the fund for an urban  WASH programs  to clean up the small towns and cities where cholera was becoming endemic due to infrastructure  breakdown and lack of  sanitation due to poor council capacity to collect solid waste.

In partnership with GAA (German Agro Action), Zimbabwe AHEAD, is delivering the ‘software’ component (ie community mobilisation)  in Bindura, one of the seven towns included in the project, administered by UNICEF. With the overall goal of reducing morbidity and mortality through sensitizing residents to the dangers of poor sanitation, the project seeks to  motivate better hygiene practices among residents with a focus on gender and vulnerability, as well as to  improve operational performance in Bindura town, where  the Town Council’s efforts to maintain basic services have slipped to unacceptable levels. 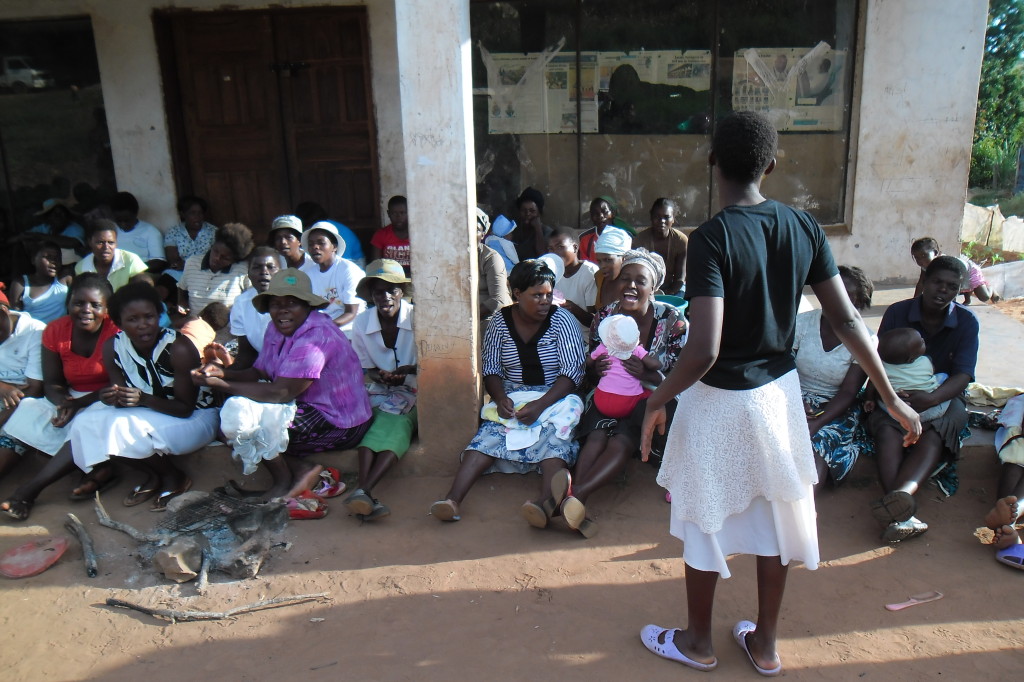 Health Clubs. To date, 1,038 community members and 733 school children have been registered into clubs. Under the leadership of Mr. Hayiza, the community has started Clean-up Campaigns, which have worked to to remove refuse piles and involve the town council in the cleaning process. In addition, Mr. Hayiza organized a Customer Care Training workshop where IWSD the Zimbabwe Institute of Water and Sanitation Development trained 24 members of the Bindura Town Council. An Operations and Maintenance workshop was also organized for the Bindura Town Council.

Using the bulk SMS system  the town council in Bindura is now able to communicate with and get feedback from community members concerning WASH related issues, and field exchange visits attended by the Bindura Town Council, CHC members, CBFs, and SBFs allowed community members to learn about income generating activities. Upcoming plans for Mr. Hayiza’s team includes implementing more Clean-up Campaigns and a door-to-door club recruitment campaign. Field staff will continue to monitor and support community and school based facilitators in community health club facilitation  when club members will complete the required health sessions and receive graduation certificates. The project is due to run until September 2013. By then it is hoped that better rapport will be built between residents and the Town Council so that standards remain high.