Known as Community Based Facilitators (CBF’s) the role of  these wonderful women, and sometimes men,  who are the back bone of the Community Health Club model should receive more recognition. They are volunteered by their community to be the selfless people who are going to lead their village out of poverty and ignorance. They are usually chosen based on past dedication to helping their community, and are often retired teachers, nurses,  midwives or traditional birth attendants. Sometimes they are energetic young women who have a little more education than their peers and find themselves as young mothers longing to do more for their community. Often men are prepared to give their time selflessly and enjoy leading the people into a more enlightened way of life. It takes a charismatic and extrovert personality to dare to lead their peers, given the PhD (pull him/her down syndrome), that is all too common in developing areas.

In the past there were enough government field workers to perform this vital role of health education, but with the stresses of life in Zimbabwe, many Environmental Health Technicians (EHT) have left the Ministry of Health to work abroad or for NGOs where they get a regular salary. One EHT would be responsible for one ward, a large  area of approximately  six villages and would have a motor bike to do the rounds checking on public health issues, such as functionality of water sources, levels of sanitation and the hygiene of food outlets and public places such as beer halls and schools. However with the austerity of Zimbabwe, an EHT may now be responsible for 5-6 wards, and have no motor bike. This effectively makes him useless, hanging around a clinic, hoping to have some limited impact providing health sessions to those who come for treatment.

The Community Health Club, is one of the most effective ways to revamp the responsibility of the EHT and give him back his wheels. We work closely through Ministry of Health building back this capacity and channeling our training through the EHT, who is give a motor bike and asked to facilitate starting up Community Health Clubs and training Community Based facilitators to run the sessions. In our flagship programme in 2000, before donors deserted Zimbabwe, we supported 14 EHTs in Makoni, 5 EHTs in Gutu and 3 in Tsholotsho. In the past decade, with Zimbabwe  ostracised by  donors, we  tended to receive funding for CBFs but not for government EHTs, and this has resulted in a drastic decrease in government capacity to control disease in Zimbabwe. However, this is at last changing as the country moves from an emergency phase to long term reconstruction, with hope of normalisation in the near future. The recent call by Ministry of Health aims to take back control of public health in the country, with the target of using the 755 EHTs in the 62 districts  to start Community Health Clubs in all villages in their area. Zimbabwe AHEAD has been asked to do the training for this roll out using the materials we have developed over the past 18 years. We are looking for donor support to enable this worthwhile country scale up. The Gates Foundation has identified that using village based health workers is one of the most cost effective ways to achieve the MDG targets.

Meanwhile, with funding from USAID and EU  we are supporting as many Community Based Facilitators as possible. At present, we have a programme in Gutu and Mberengwa (ACF-EU) where there are 480 CBFs, and we are just starting up in three more districts, Chipinge, Chimanimani and Mutare, with another 450 CBFs supported by USAID. Training took place in April and now the CBFs are being equipped. They do not receive any remuneration for running the weekly CHC sessions as this sometimes causes difficulty when the programme ends, in that they stop assisting the club when the per diems run out.

In stead we give them a bicycle, a hat, a T-shirt and their training materials which will allow them to be recognised as facilitators and give them the means to travel between villages.

But like all Mums they do this as well as look after their children. What better start than to see his mother make such a difference in his community. 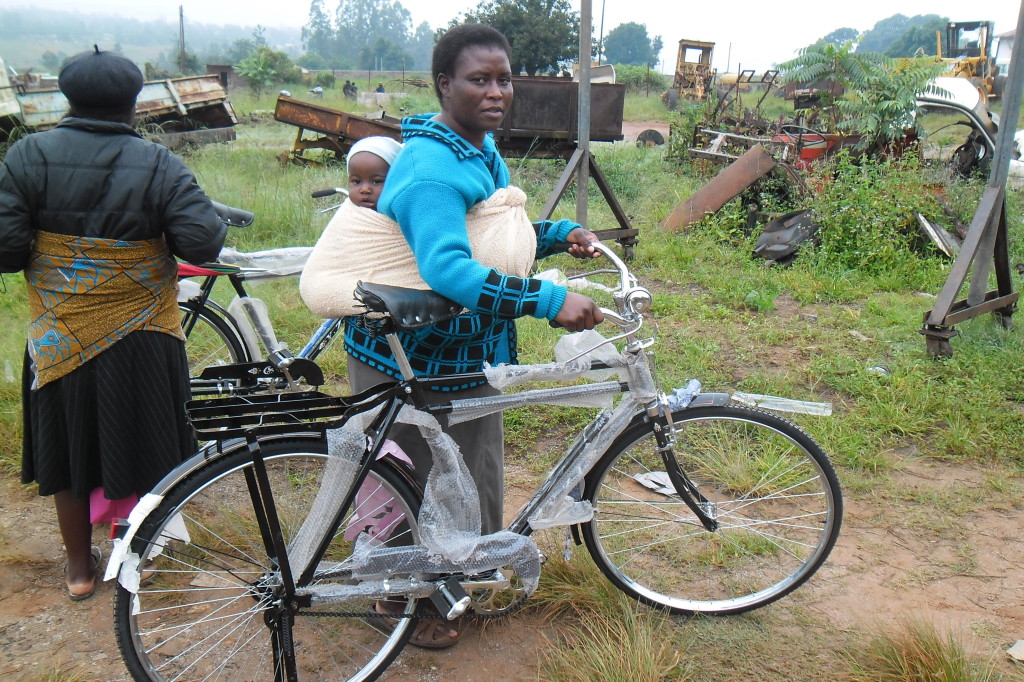 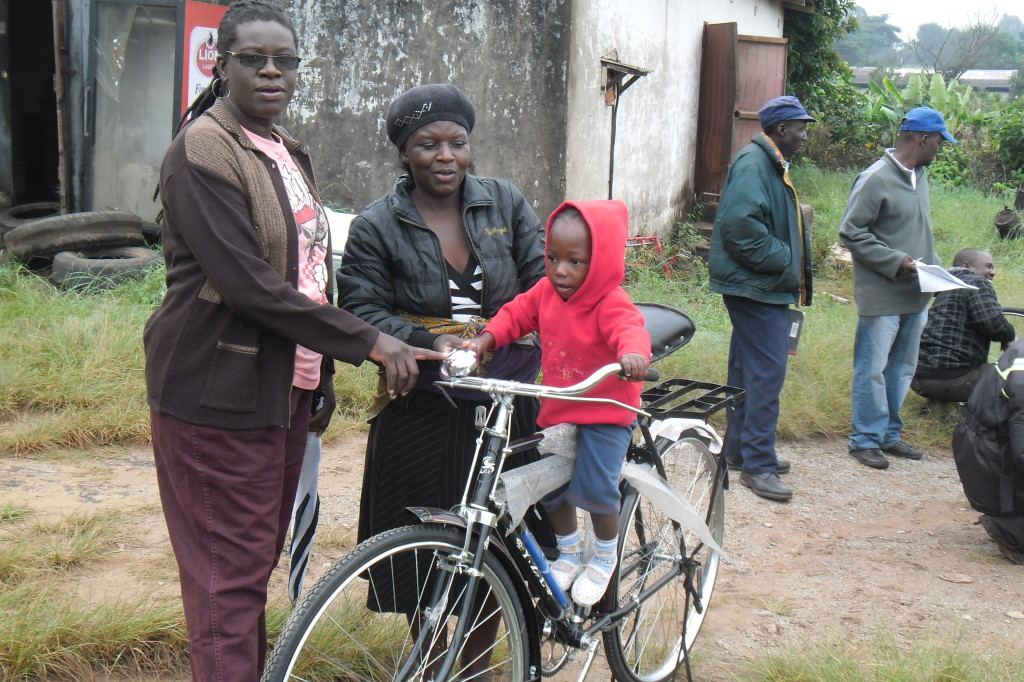