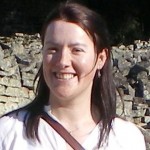 Kate Brogan is an intern with Zimbabwe AHEAD, having just qualified with a Masters in Community Water Supply and Sanitation’ from Cranfield University, UK, she describes her first impressions of the CHCs in Zimbabwe

On the 1st of March 2011, I arrived in Harare, excited to meet the ZimAHEAD team.  Their enthusiasm and passion for their work was infectious, and I was regaled by project success stories which sounded – to be honest, too good to be true. Stories of clubs being created during the national cholera emergency of 2009 in Mutare’s high density urban areas, which prevented potentially thousands of deaths and prompted the community to organise their own waste disposal in an area where mounds of household waste had at times made roads impassable. Communities in the rural Masvingo district, now mobilised to carry out borehole rehabilitation on pumps that have been broken for up to 10years? While it would be lovely if these stories and many others were true, the sceptic in me would require proof!

So it was with great excitement that I accepted the opportunity to travel with Acting Director, Mr Regis Matimati, to do a follow-up visit on some of the projects, past and present, to see how the Community Health Clubs are fairing.  Our first stop was the town of Masvingo where a project had been carried out in months from July to November 2010 in an area called Garikai.  This is a high density area that was formed after ‘Operation Murambatsvina’ to rehouse some of the displaced people that were affected.   Houses consist of two rooms and have no water or sanitation facilities.  As many as two families can reside in one dwelling, as the number of houses built is not nearly enough for all those made homeless.  While driving through Garikai I am first struck by how clean it is.  Gardens are found surrounding every home, with tippy taps suspended on structures outside each.  No litter is to be seen anywhere and rubbish pits have been dug to burn any rubbish that does need disposing of.  As our car drives along the narrow dirt road through Garikai we are greeted with broad smiles and ladies coming up to the vehicle to greet Mr Matimati.  They vigorously shake his hand and proudly tell him how clean their house it.  They say that their life has now been transformed as they now know how to keep their house and area clean and free from illness.  The close proximity of houses and fact that these people are only renting their homes means that the building of latrines is not a simple matter for them; however they are proud to advise that now they practice ‘Cat Sanitation’ ensuring a clean environment is maintained. To see such respect and appreciation for the education provided here was very moving, and showed that behavioural changes can be achieved in a short amount of time and in difficult circumstances if the approach taken is participatory.

The following day we travelled to Masvingo rural to visit a project that is still running.  Project officers Andrew and Cecelia proudly brought us to a Community Health Club meeting where we were greeted like Kings and heard testimonies from members about how their life had changed as a result of the club.  One lady stood up and told us how she would carry out all her daily duties and never wash her hands once.  Then she would prepare the meals and serve them to her family with dirty hands.  Now she knows this is not good, and washes her hands regularly and cleans her house daily.  Another lady then stood to verify that the testimony was true. She said she had known this lady for years and that she was dirty…. to which they all laughed in agreement, but that now they can all see the changes she has made.  She is now very clean and is proud of her home.  The support within the group for all its members is obvious, and through this support the people appear to feel encouraged to continue their home improvements.  When leaving the meeting we were begged by some members to visit their homes and see how beautiful they now looked.  After much cajoling we finally relented.

We then travelled to a borehole that had recently been rehabilitated by the Community Health Club members.  It was one of the standard “B-Type” hand pumps that are seen all over Zimbabwe, and had broken down 10 years ago and laid idle ever since.  People had resorted to walking the long distances to the nearby river to collect water as they did not know how to fix the pump, and with cutbacks in government funding they feared it would never work again.  Through the health club the pump was removed and the fault detected.  The repairs were carried out by the community under the guidance of ZimAHEAD, with instructions given on the most common faults that could occur and how they could be fixed.  Once repaired the pump was put back in place and now this borehole is fully functioning and serving the hundreds of homes in the area with safe water once again.  The Village pump mechanic was delighted to explain that he can now do all the repairs himself as he has been shown how, and is now in the process of repairing the cracked apron around the pump, with cement and sand donated by the community.

Our next visit was to a School Health Club in ward 27 of Masvingo Rural.  The headmistress guided us around the school grounds were a tippy tap was to be found outside each classroom as well as outside the latrines.  She advised that now the books are lasting longer as the children are keeping them clean and that it is the responsibility of the teacher and pupils within each class to ensure soap and water are kept at the tippy tap station at all times.  The grounds of the school were immaculate and even the teachers homes which are found on the school grounds must now be maintained to a high standard of cleanliness.   The children all gathered under trees in the school grounds and proceeded to sing songs and recite poems they had written in thanks for ZimAHEAD’s project.  The school mistress said that the borehole that had been rehabilitated on the school grounds will never break again, as she now has the skills to repair it herself.  She feels she is now as good as any village pump mechanic.

The final visit of the day was to another CHC in ward 22.  They insisted on waiting for us which meant having to stay for 3hours after their meeting had finished, but this didn’t seem to dampen their spirits.  We were provided with drinks and snacks and stories of improved lives and increased community pride as a result of the club.

Day 3 we travelled to an area called Checheche.  On the 17th of February the first case of Cholera was reported to a clinic in the area, and since then a further 130 cases have been reported.  Our first port of call was to our CHC facilitator.  She informed us that a lady returning from a funeral in another area had come to her as she had felt unwell.  The facilitator advised her to go straight to the clinic where she was diagnosed with Cholera.  On hearing this, the health clubs were called in for an emergency meeting, and the lessons on cholera were reinforced.  Handshaking was advised against until the outbreak is under control.  The CHC areas have so far managed to stay cholera free.

A clinic in the area was visited, and the Nurse in Charge praised the knowledge of the CHC members, saying that people knew the oral rehydration was essential if they suspected they were ill, and all the cases she had seen were not CHC members.  A local factory in the area is the suspected source of infection, with their water source coming straight from a local river with questionable levels of treatment.  As the work force is bussed in from surrounding areas the risk of the spread of Cholera is great, and a close eye will have to be kept on the situation in the coming months.

Our final day was spent in Mutare where in 2008-2009, 40 CHC’s were created in the high density suburb of Sukubva.  4-5 story residential blocks are found here with no sanitation facilities provided.  The use of ‘flying toilets’ was common, and rubbish was found strewn all over the streets to such a degree that some roads were impassable.  Based at the local hospital and with the assistance of the Community Health Nurse, the CHC’s were formed and stimulated to regain control of their communities.  The CHC members  cleaned up their own streets and to this day they have maintained that level of cleanliness.  Houses are decorated with beautiful flowered gardens and vegetable patches are commonplace.  No rubbish can be seen anywhere, and the roads are clear once more.  We meet with the CHC facilitators, who were overjoyed to see Mr Matimati , and wanted to tell him of their progress. They informed us that the clubs now meet to discuss saving and lending schemes and home based care, and are doing well.  We spoke with the Clinic Manager at Sukubva Hospital and he advised that the cases of water and sanitation related diseases have decreased, with the few cases he gets coming from the market place, as women from the villages come into town with their children to sell their produce and then visit the hospital if they have any problems. He was very positive about the effects the project had on the lives of the community, and feels they are maintaining what they have learnt very well.

Overall the trip was a real eye opener.  I would never have believed that such big changes could be achieved in both urban and rural areas in such a short time.  These changes are also shown to be sustainable long after ZimAHEAD have left the project area, and this was the most exciting find. The communities have now found a way to mobilise themselves and are using this for any issues they need resolving.  Through the CHC a sense of pride and unity has been fostered within the community that will remain and can only grow long after ZimAHEAD has gone.