The 2009 Annual Report is now available for those interested in  the work of Zimbabwe AHEAD. A short overview of this years projects includes the following:

REPORT BY THE CHAIRMAN OF THE BOARD 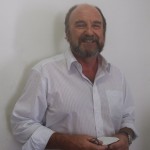 Zimbabwe AHEAD was launched just fifteen years in 1995. It got off to a flying start with a rapid build-up of successful projects being implemented in many parts of the country.  Development Partners like Oak Foundation, Danida and DFID quickly appreciated the innovative nature and striking potential of the Community Health Club (CHC) approach for achieving cost-effective, high impact rural development that was sustainable and holistic in nature. Projects were soon being implemented right across the country from Tsholotsho in the west to Makoni and Buhera in the east.

However by 2002, and as direct a consequence of the tragic experience that this country has been put through over the past ten years, Zimbabwe AHEAD was forced into a perilous situation where many funding partners decided to withdraw support for development projects in Zimbabwe. As such Zimbabwe AHEAD had to ‘down-size’ and re-locate its main office to Rusape where there were still some ongoing projects thanks mainly to loyal support from New Zealand Aid.

Great credit for the survival of the organisation during these extremely challenging times must go to my immediate predecessor as Chairman, Mr George Nhunhama, who managed to keep the organisation going by also taking on the role of Acting Executive Director as well.  Somehow the organisation managed to survive these desperate years of hyper inflation and political, economic and social melt-down. By 2006 it was engaging with Mercy Corps in a number of districts in   Manicaland with funding from the EU.  By the time the cholera outbreak commenced in late 2008 Zimbabwe AHEAD had the capacity to respond decisively in Mutare and other areas and has since been cooperating closely with Oxfam, UNICEF and other partners including DFID and their PRP II programme.

Last year, in mid 2009, the head office had been brought back to Harare and Zimbabwe AHEAD’s visibility and capacity in the WASH sector has been increasing ever since.  The robustness of the CHC approach has thus been proven throughout this challenging ten-year period and is now considered as being best practice for Hygiene Promotion in Zimbabwe by the MoH and WASH sector.

During this same decade while Zimbabwe AHEAD was fighting for survival against all odds the CHC approach was quickly gaining a reputation across the rest of the continent.  In recent years since 2000 it has been taken up in countries across Africa including Rwanda and Uganda in East Africa, Sierra Leone and Guinea Bissau in West Africa and also South Africa.  In addition, Vietnam in SE Asia is also now introducing CHCs within their national programme of preventative health.  So, while Zimbabwe has been floundering, CHCs have been thriving!  In fact an important document signed up to by no less than 19 major Development Agencies (including World Bank, UNDP, WHO, DFID, DANIDA, etc) actually singled out the CHC approach as being particularly effective for achieving hygiene behaviour change. This global document sited the Tsholotsho project (as implemented by Zimbabwe AHEAD and researched at the LSHTM), as being clear evidence of this.

So, after the challenges of this decade now past, we enter the next decade full of hope and optimism that Zimbabwe AHEAD will once again rise to new heights and quickly surpass the successful position it had reached by 1999.  The fact that CHCs have become internationally recognised will likely lead to increasing interest and opportunities for Zimbabwe AHEAD to positively influence this exciting development sector at large.  The fact that an inspiring country like Rwanda has recently taken up the challenge to train 45,000 Community Health Workers in the CHC methodology is likely to be taken up by any number of additional countries in the near future. To meet such challenges, Zimbabwe AHEAD must aim to strengthen further its already high standards of excellence in training, research and programme implementation so that it can positively influence the achievement of the MDGs in Africa and beyond.