HIDO is an indigenous NGO based in Gulu District in Northern Uganda. It was formed in 2004 by Ugandan medical practitioners and is comprised of an energetic group of recently qualified clinicians and health assistants. It is dedicated to serve internally displaced people caused by the Lords Resistance Army (LRA), which for the past 18 years has terrorised the local population and forced them to flee their rural homes and cluster in vast IDP Camps in the towns. HIDO have for the past two years been providing voluntary services in the improvised night shelters for the thousands of children who trek into town every night to sleep in safety. These children undertake this trek every day to avoid the LRA who have abducted over 20,000 children to work as slave labour in their bush camps and to brutalise them as child soldiers and concubines for their leaders.

HIDO was selected an the main implementing partner of CARE International in a substantial emergency programme working in 15 IDP Camps, to improve public health and sanitation through the introduction of Community Health Clubs. 25 Staff have been trained in the CHC Approach using the AHEAD Model and in 2004 formed 120 health clubs. Their target at that time was to reach 120,000 people with a health promotion campaign and construct 10,000 latrines (Funded by Bill Gates Foundation).  This programme is the first to use this methodology in an emergency context and as such provides a vital case study for future replication. The approach is now being extended into the neighbouring districts of Pader, Kitgum and Lira. 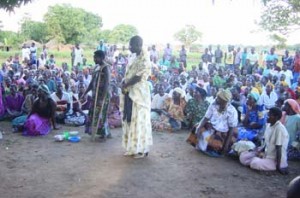 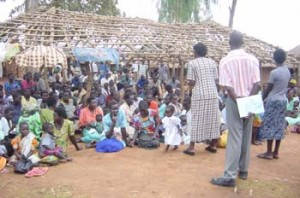 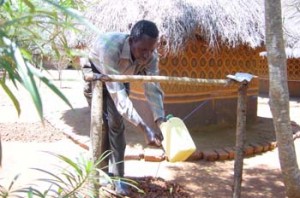 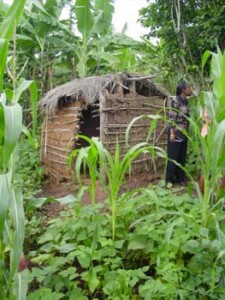 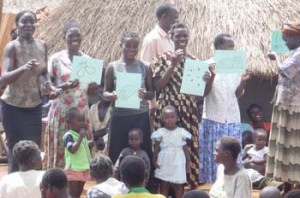